This review was originally posted in my MangaBullet journal, but I guess this is a much better place.

The figurine was released in December of 2008 and is the first one based of the “Shakugan no Shana Second” series by Yashichiro Takahashi. The girl doesn’t actually have a name and is usually referred to as “Enpatsu Shakugan no Uchite” (“Flame-Haired Burning-Eyed Hunter”), but after revealing the name of her katana, Nietono no Shana, to Yuji, he decided to name her Shana. Shana normally has dark colored eyes and black hair, but when she needs to fight, her eyes and hair change to a burning red. 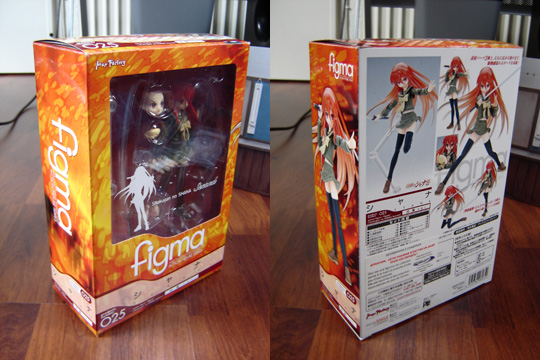 Shana comes in the standard size figma box. The box is covered in flaming red, fitting to her hunter form. The box is made of very glossy paper, making it shinier than most other figma boxes. 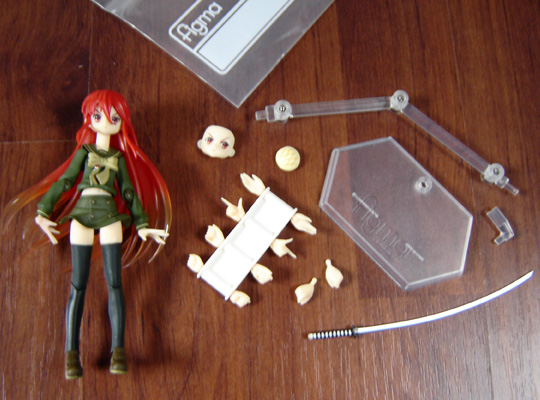 Inside the box you find the standard four sets of hands, figma bag to keep the extra accessories and posable figma stand, included with every figma. Shana also comes with an extra set of hands to hold her katana. A piece of melon bread is also included, Shana’s favourite food.

I also like to point out there is an extra piece for the stand, which makes it possible to bend the stand sideways, so the hair can be moved freely.

Now some full and zoomed in snapshots: 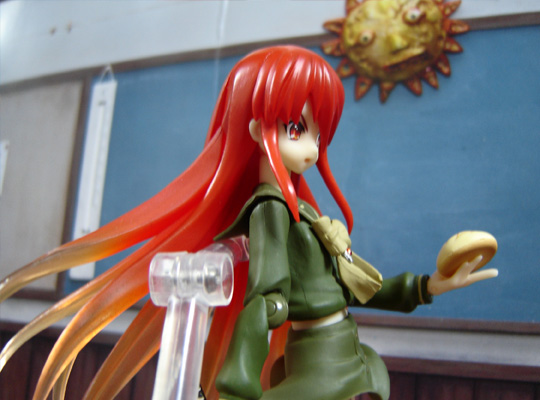 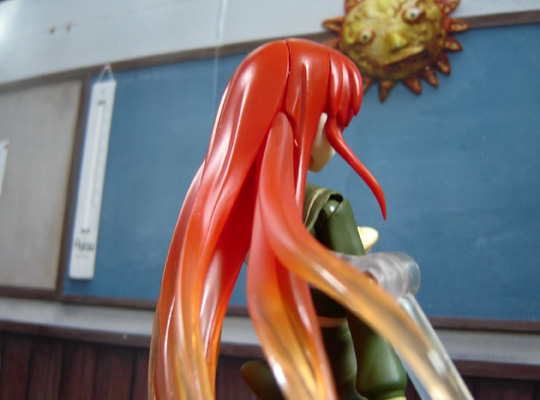 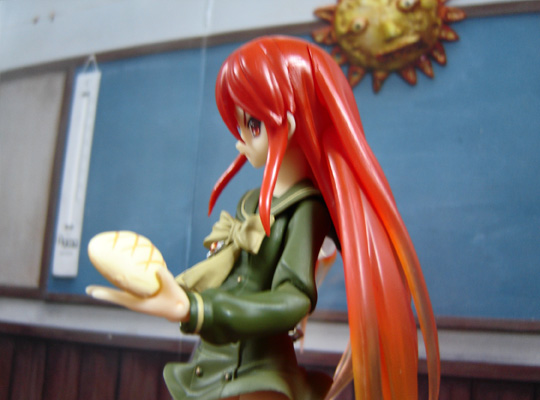 Shana is wearing her standard school uniform and of course the pendant around her neck which holds the voice of Alastor, Shana’s adviser.
I am personally missing the long jacket Shana always wears when she is in Enpatsu-mode. She needs the jacket because it holds the katana, so that is a bit of a letdown.
Also, her skirt waves up a bit high, so getting pantsu-shots are pretty common, even if you don’t want to. (Some people may consider this a good thing 😉 )

Compared to other figma’s, she looks most like the Haruhi series figmas, but a bit younger. She is a bit shorter and her hands are a bit smaller. Many people say that the anime adaption of Shana looks a lot like Konata of Lucky Star. This isn’t the case for the figmas though. 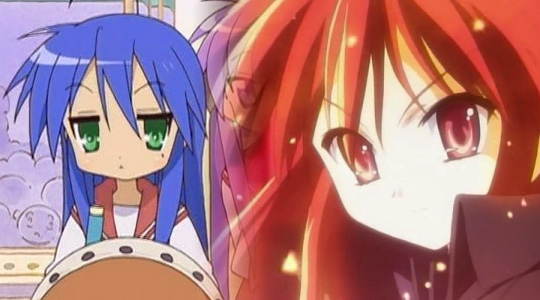 So this concludes my review of figma Shana Enpatsu Ver. I hope you enjoyed it, and if you were considering to buy the figma, I hope I helped you this make a decision!

figma, Review
← The Melancholy of Haruhi-chan Suzumiya 25% of my entertainment died →